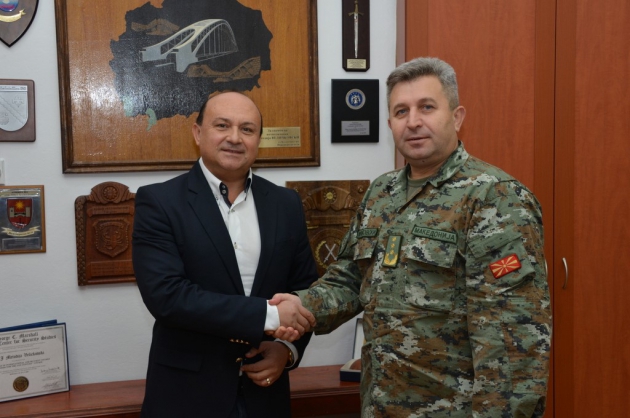 Caption 1. The President Mitrevski on the meeting with the Lieutenant Velickovski

On 5 November 2015, the President of the Federation of Trade Unions of Macedonia (CCM), PhD Zhivko Mitrevski had a meeting with the Chief of the General Staff of the Army of the Republic of Macedonia, Lieutenant Metodija Velickovski.

During the meeting which is first of this kind since the appointment of the Chief of GS of ARM, Lieutenant Velickovski, the possibilities for cooperation of CCM and the Army of RM were discussed with regard to realization of commonly agreed standards and norms of international law in the working area of the Army of RM, as well as current labor rights developments.

Most of the members of the Army of the Republic of Macedonia are trade union members in the Trade Union of Defense and Security, affiliate member in the Federation of Trade Unions of Macedonia. 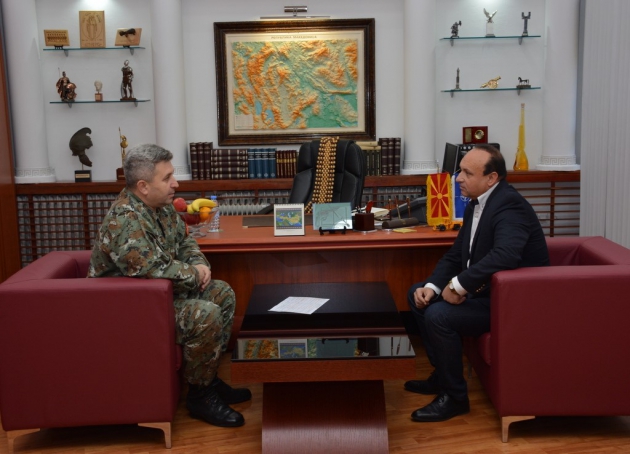 Caption 2. The meeting in ARM