TRADE UNION MARCH- FIRST OF MAY

On this First of May, the Federation of Trade Unions of Macedonia organized the largest Union March in which 4.000 to 5.000 citizens, workers, trade union members and trade union activists participated. 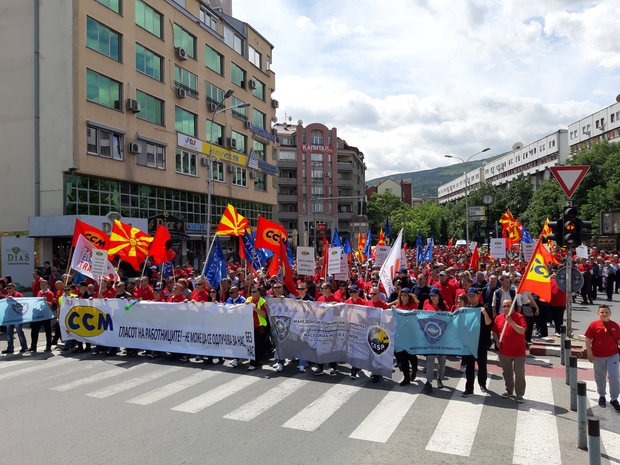 Caption 1. Participants on the Union march 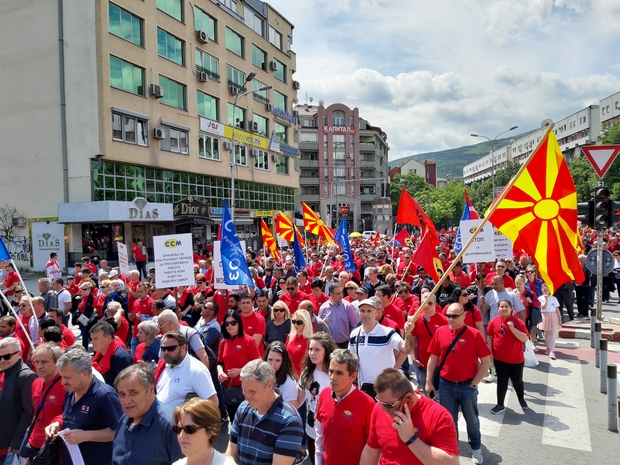 Caption 2. Participants on the Union march

The trade union march started before the headquarters of CCM at 11.00 under the slogan "CCM- THE VOICE OF THE WORKERS – IT CAN NOT BE DECIDED FOR US, WITHOUT US!" 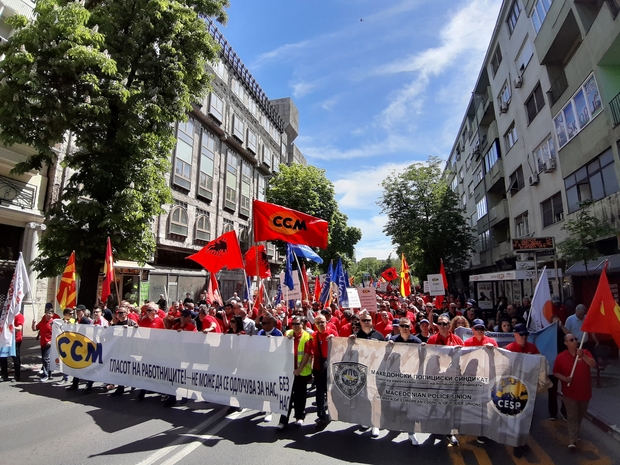 Caption 3. Participants on the Union march

The participants on the march passed by the Parliament, the Employers’ Organization and ended the march in front of the Government of the Republic of North Macedonia where the First May Proclamation was read and submitted to the Government.

The President of CCM, Darko Dimovski, emphasized that on this day, the International Labor Day the unions shall express their views and demands regarding promotion of workers' rights that believe and claim to belong to the workers because they are the basic and most important human rights protected by the national Constitution and laws, but also with the European and international labor standards. He added that he strongly condemned every attempt to put workers and trade unions on the margins of the society and someone else to decide on their position and rights without their participation. The demands of CCM are progressive, developmental and motivating, adding that they, as well as the draft text of the new Labor law, have been submitted to the Government. 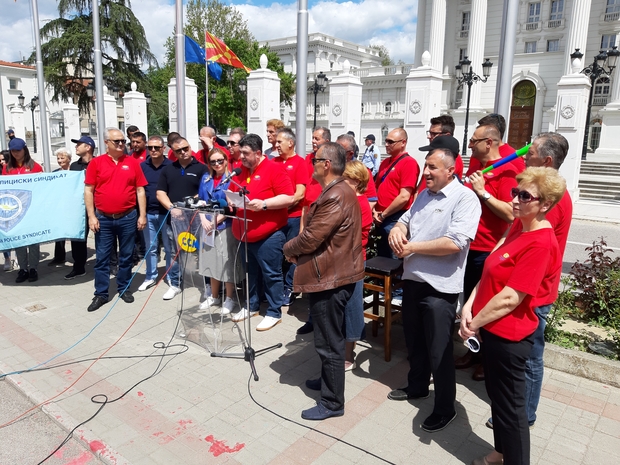 The President of the Women's Committee, Elizabeta Gelevska, pointed out that throughout history, the woman showed and proved that she has managed to compete for the basic existential rights for her and for her family members. But women are not only mothers but workers as well who have fought and still fighting to achieve decent work, decent salary and more secure jobs. The Women's Committee supports the already stated requirements of CCM for providing better working and living conditions for the workers in our country. 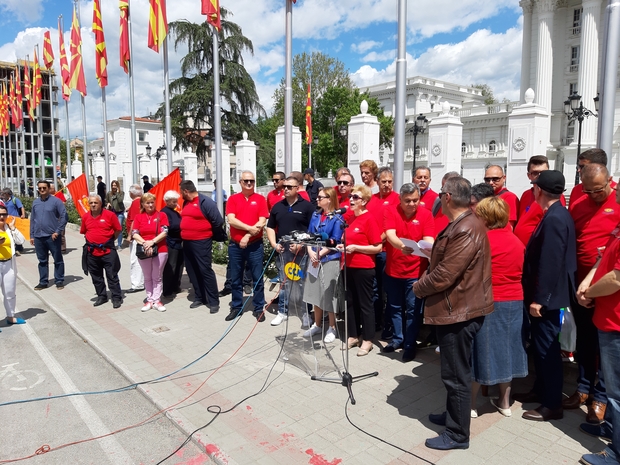 Caption 5. The President of the Women's Section, Elizabeta Gelevska

The President of the Youth Committee, Irena Ivanovska, emphasized that the youth in every society is the driving force of the social and economic development in the country. Our active involvement in the overall social life brings change, fresh ideas, enthusiasm and progress towards a better and more humane society. For that purpose, today, once again, we want to emphasize the need for opening new, quality and better paid jobs for young people and we strongly support the request of CCM for an increase of the wages in order to stop the massive brain drain of our youth. 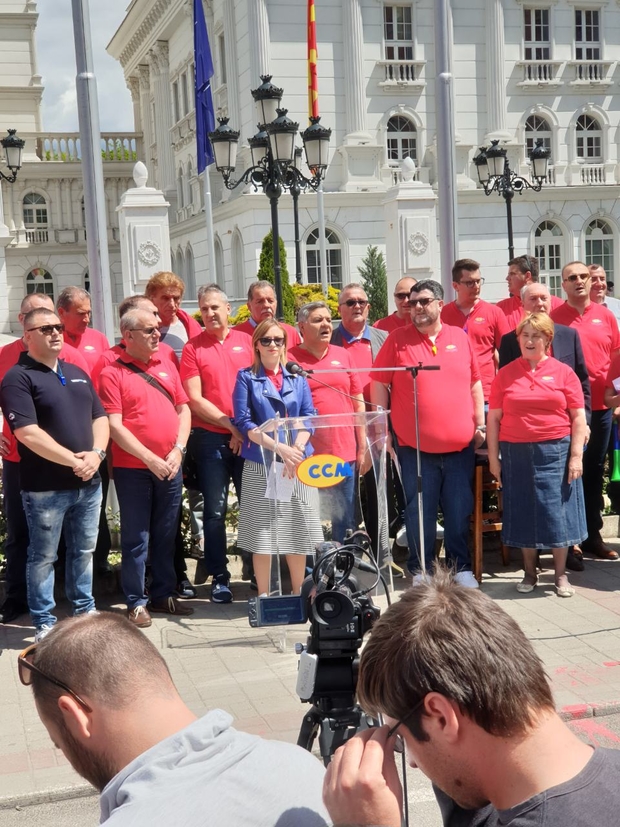 Caption 6. The President of the Youth Committee, Irena Ivanovska

After the march, part of the leadership of CCM, together with the President of CCM, Darko Dimovski attended the meeting of the Economic and Social Council in the Government of the Republic of North Macedonia where they presented the union demands.

Federation of Trade Unions of Macedonia © 2020 | All Rights Reserved.